Some Very Personal Things You Have to Know to Understand My Story...

I have some confessions to make...  (This is a little scary for me.)  If I am going to tell you more of my story, there are some very personal things you have to know about me to better understand it. 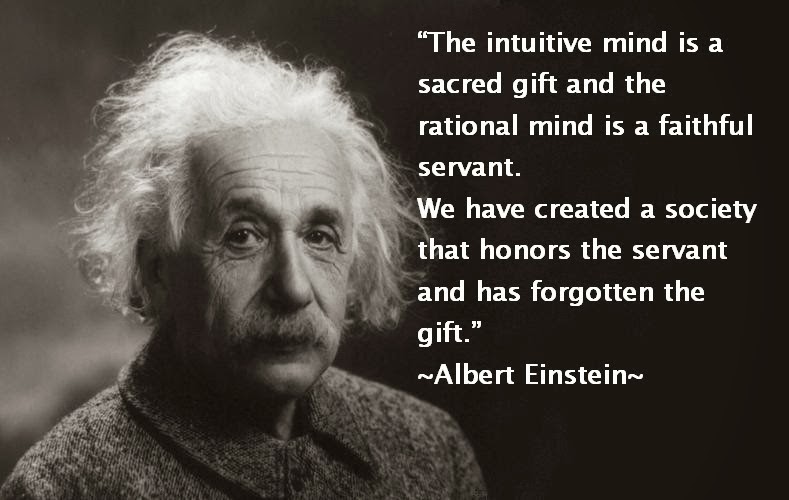 There have been times in my life when I have known things...
I should not not be able to know.


I've known things about my future.

I know what you're thinking...


Is that even possible? To know things years before they happen?

Most people would skeptically look at me and shake their heads.

But my life has been full of these experiences.  Experience that start for me at age 9 and were recorded in my childish handwriting in my journal and told to family and friends while I was growing up. I am going to be open and share some of those with you so you can better understand my story.

I have written in another blog, OUR LOVE STORY, about knowing that I would marry my husband at age 9.  I wrote it in my journal multiple times as I was growing up.  I told my feelings to my family and friends.  I think they humored me, either that or they openly laughed.  I even knew how it would happen and I told people that as well.

Despite the harassment, I never gave up because it was something I knew so deeply inside of me...

a truth I could not deny

You see... we never dated in high school.  I was much younger than Scott. He taught me swimming lessons, and when I was 14 and he was a senior, I used to wait for his girlfriend to go to the bathroom at church dances so that I could ask him to dance. I knew when he returned from his two year mission for our church that we would meet, he would see how much I had grown up, ask me out, we would fall in love and get married.

That was the plan...
and that is exactly what happened.

Not only that, but on our third date we got engaged! I even told some friends after our second date that I knew I was going to be getting engaged. (Yes, I think they thought I was crazy.)

Almost 10 years after the initial prompting,


I finally saw what I knew in my heart actually come true.

What??
How crazy is that?
How could a marriage last that was decided after two dates?
How were you even in love?

The answer... We weren't in love yet, but we both had a very special spiritual experience that confirmed to us that this was what God wanted us to do.  So we moved forward in faith and love came.

Scott also had inklings growing up that he should ask me out after his mission.  We liked to say that our spirits just remembered each other.  That's why the song 1000 years was so special to us.

These experiences do not end with meeting my husband...

When I was 16, I had a spiritual experience while praying that let me know that I would be the mother of a bunch of boys with a daughter at the end.  Again, I wrote this in my journal. When Scott and I married, I told him we would have a bunch of boys and then a girl.  I was so sure of this that I went and bought girl clothes before we even got pregnant with our last child.  I hid them of course, and when my husband discovered them he replied, "I'm afraid we are going to have to commit you if it isn't a girl!" But I knew she was coming and I knew we would be best friends because we had always been.

12 years after that spiritual experience, I saw it come true with the birth of my daughter.

How do I explain this?

The only way is that....God still speaks to man.

If you believe in the Bible then you know that God spoke to prophets of old, both in the old and new testaments, and even after the death of the Savior, but...

Does He still speak today?
And the bigger question...

Does He actually care enough about a little girl growing up in the Midwest
to point her to the man she would marry someday?
and to let her know who her children would be?

My only conclusion is yes! It is the only explanation I have.

What does this tell me?


It tells me that God loves ME! He knows and loves me as an individual.  He is the father of my spirit and I as his daughter am precious and important to Him.

What does this tell me about you?


He feels the same way about YOU!

but I haven't had experiences like that,
so if He is there,


I believe we lived with God as his children before we came to earth.  We loved each other, and we loved Him.  My son Alex spoke about this at the funeral in the post OUR LOVE STORY.  There we made plans and promises to come to Earth so we could grow and become better.

I believe I knew Scott there.


I believe I knew my children and many of the people who lives I have touched,
and who have touched mine.
I do not believe that this life is just happenstance.


God doesn't just sit on His throne and wait for everything to just play out like a child watching a colony of ants. On the contrary...

There is a very specific plan, intricately orchestrated
to be very personal to each one of us.

The plan is intended to help us get back to Him.


Why don't we remember this plan and this life we had before?

Because part of coming here was to learn to use and trust our spiritual senses more than our physical ones.  We needed to learn to develop faith.  In order to do that a veil of forgetfulness needed to shroud our memories, but that veil is not permanent.

It is permeable and occasionally we get glimpses through it...

We see it displayed in the intellectual genius and the creative minds of men like Einstein and Mozart who create as of they are remembering theory once learned and songs once heard.

You may have experienced this in a new friendship... that feels as if it has existed forever.

For me it has happened in those previous experiences and in many others since my husband's death that I will later relate.

I do not know why this experience was given to me...


Maybe it is just a special spiritual gift I have. (1 Corinthians 12)

Maybe I needed that confirmation so I would not doubt when Scott died.

Maybe I needed that experience so I could trust future prompting that I wouldrecieve, especially those that are carrying me through this time.

Maybe I was given that so I could testify to you.

Maybe it is all of the above...


One thing is certain, knowing these things have been key to my understanding and healing from the tragic death of my husband.

Having the past experience of 'waiting on The Lord' for His promises to be fulfilled,
has given me strength and faith to wait on


future promises that have not yet been realized.


You also need to know that these large experiences are not what has cemented my confidence in promptings from the Holy Ghost. It has been the constant smaller scale, little daily promptings, that when followed have resulted in amazing experiences that have testified to me that God REALLY can direct my life.

What can you take from this?

Most the time, that is what it is for me... Daily direction of what to do TODAY.  Who to help, who to call,  what to say or write. Those are the things we need.

Those are the things that allow us to get through hard times.

Trusting that He has a plan,
and that He will lead us through it...

ONE STEP AT A TIME.

Posted by Veronica Clarke at 5:12 PM

Email ThisBlogThis!Share to TwitterShare to FacebookShare to Pinterest
Labels: Inspiration 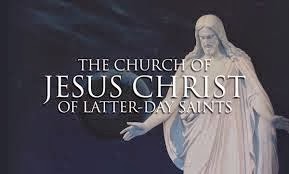 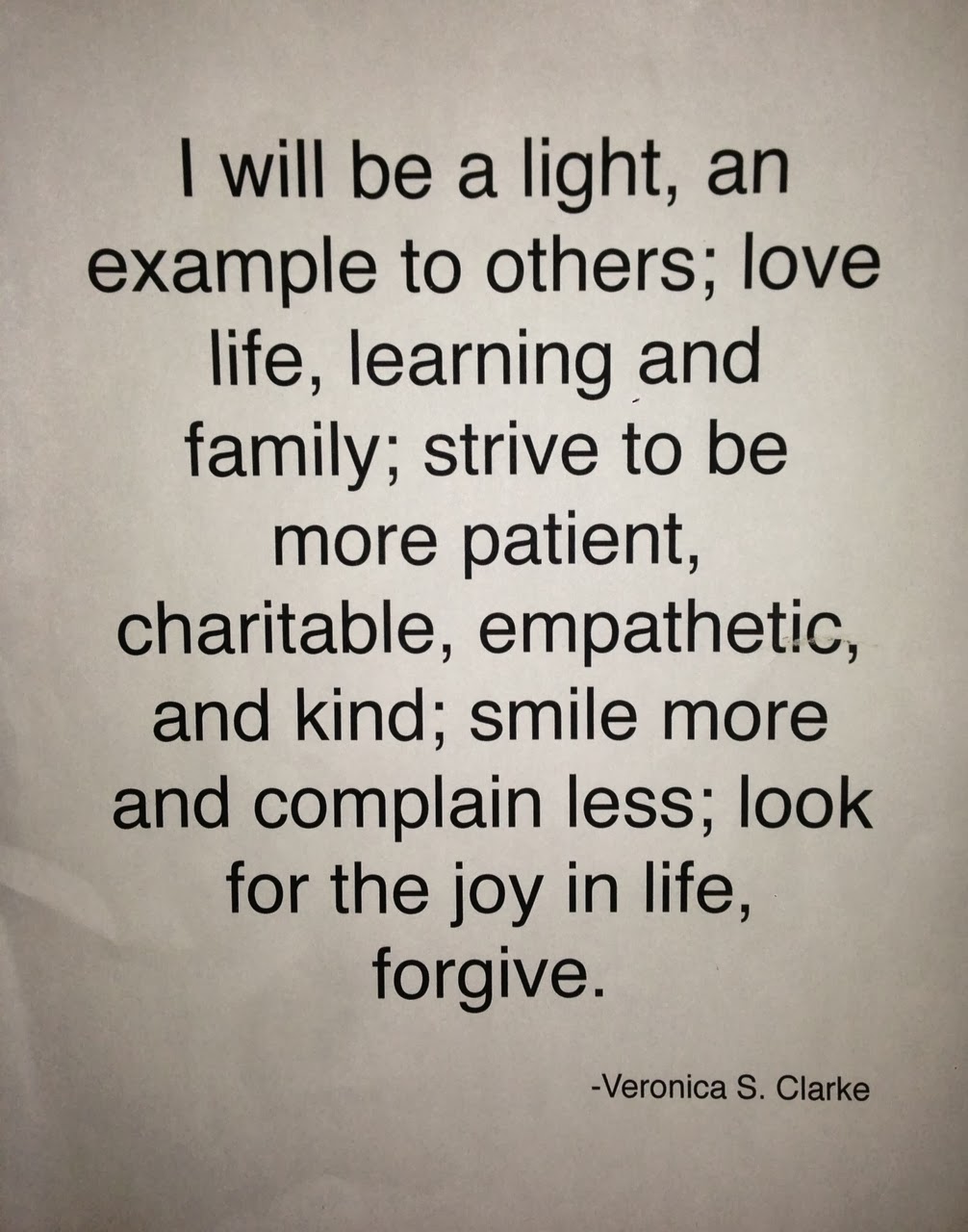